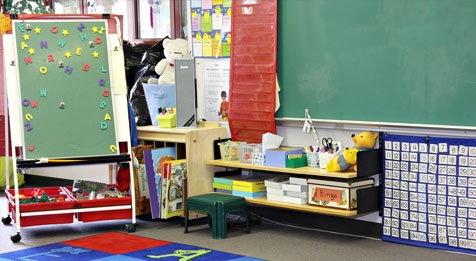 At the end of July, the Tennessee Board of Education approved the first-ever computer science standards for kindergarten through 8th-grade schools. This recent update was spurred by the lack of computer science-related jobs being filled regionally. To remedy this situation, Tennessee decided to introduce a brand new set of academic standards that are designed to strengthen computer science skills within elementary/middle school students. With the final approval granted, these standards will be implemented within Tennessee schools in the fall of 2019.

A CALL FOR CHANGE

Back in 2015, only a third of the 90,000 IT and information technology jobs were filled in the state of Tennessee. Due to this, state officials decided to take a closer look at the computer science-based curriculums being taught to students. They decided that the current standards did not clearly represent all the important facets of the computer science field.

While most young students aren’t yet intrigued by the wonders of computer science, it’s still important to integrate it into the daily teachings, for it plays such a critical role in our society. Not to mention, with only a third of those jobs being filled, there’s a desperate need for improvement. Candice McQueen, the Education Commissioner, believes this vast employment gap in the computer science realm illustrates a great opportunity for students. She explains, “We don’t have enough students actually interested in computer science because they don’t know what it is. Getting kids interested really does matter at those very, very early ages” (source).

At the start of the 2019 school season, elementary students will be introduced to the new standards for computer science. These specific standards with introduce young minds to the basics of computer systems and programs. It will also shift focus to the importance of protecting private information and using secure passwords. In middle school, the computer science curriculum is a bit more advanced. These students will be taught computer-related calculations and information-processing practices. The middle school curriculum will also cover digital citizenship–the safe online interaction with people and content.

With the new change in the computer science standards, school systems across Tennessee are ready to tackle new standards for math, English, and science in the fall of 2019, as well.